The sugar cane, first introduced in Mauritius in 1639, became the very lifeblood of our economy from the early 19th century to the later part of the 20th century. Subsequently, and in a large part due to the efforts of the sugar industry itself, the Mauritian economy was extensively diversified through other forms of manufacturing; an Export Processing Zone based largely on clothing and garment making, tourism, as well as off-shore banking and related activities. But even if Mauritius is no longer a text-book example of a monocrop economy, the sugar cane still dominates local agriculture in terms of foreign currency earnings, employment and GNP contribution.

The idea of insuring the sugar cane crop against weather damage is of long standing. It began in 1907 with the investigations of Mr. A. Walter, FRAS, and Chief Assistant at the Royal Alfred Observatory in Pamplemousses. These, designed to establish correlations between the cane crop and certain meteorological elements (wind, temperature and rainfall) and hence insurance possibilities of the cane crop against cyclone damage, were published in The Sugar Industry of Mauritius (A. L. Humphreys, Lond, 1910, 208 pp). There were other studies, notably by London-based crop insurers and by the local Agricultural Bank. Among serious difficulties encountered were the considerable losses caused by major cyclones, and the high premiums anticipated (between 5 to 10%), and the lack of general support among cane producers who were prone to droughts (the latter not being covered in any proposed insurance scheme being then studied).

The Commission of Enquiry on The Economic and Social Structure of Mauritius, 1960, headed by Professor J.E. Meade of Cambridge (eventually Nobel Laureate) reviewed the workings of the Cyclone and Drought Insurance Fund and interalia made the following remarks which continue to be of poignant relevance at the turn into the 21st century:

a. “Is it necessary for compulsory insurance to cover such a high proportion of losses incurred as a result of cyclone or drought? Would there be any advantage in having compulsory insurance to cover, say, a half of such loss or in making the planter or estate concerned meet the first 20% or 30% of any loss, leaving any insurance in excess of this to the decision of the grower? The present system ties up very large sums in sterling balances, and, although we fully agree with the necessity for an insurance scheme, it does not appear to us to be essential that such a high proportion of loss be met by a compulsory scheme, especially if this involves any considerable increase in premiums.

b. Is the definition of a “normal” year entirely satisfactory? Would there be any advantage in re-defining it in such a way as to cover, say, the previous seven years, whatever they may have been? We understand that sufficient data are not available to go back seven years in respect of a good deal of planters’ land, but, as information is build up, this should become possible.”

The purpose of the Fund, the Meade Commission insisted, was ‘to meet serious loss’ and it should be ready to do so while avoiding what might otherwise ‘be a need to raise premiums to an excessive level’ (Frank Cass Ltd, Lond 1961; pp 81-84).

In 1963, the Fund was scrutinized as part of a wider Sugar Industry Inquiry carried by Dr. T. Balogh and Mr. C.J.M. Bennett. The Balogh Commission shared the ‘considerable’ anxiety felt in many quarters, private and public, concerning the Fund but felt it necessary to reserve its eventual recommendations to Government for a confidential submission (Mauritius Legislative Council, Govt. Printer Sessional paper no.4 of 1963, Chapter 8, Section VI para 8.29 – 8.40).

From time to time, special measures have had to be taken to cope with particular situations to avoid severe depletion of reserves following violent cyclones or droughts, thus by putting an upper limit on compensation in certain years or by making additional export levies to boost the insurance fund in years of sugar boom. These measures came about generally through government – industry consensus and are reflected in the legislation. In 1969, provision was made to cover damage from excessive rainfall. Subsequently in 1974 a Fire Insurance Scheme was incorporated with existing schemes for cyclones, droughts and excessive rainfall and the organization was restyled the Sugar Insurance Fund Board.

Mauritian sugar insurance has distinct and unique features, which make it a focus of attention in world agriculture. But even in Mauritius, there are from time to time proposals to the effect that there should be insurance schemes for other crops, and for animal production. Interest in these proposals tends to evaporate once the questions of costs and who shall bear them come on the agenda. Tobacco may yet prove an exception, but its insurance awaits full analysis. On the other hand, even within the local sugar industry, complaints persist, some evergreen, keeping the Sugar Insurance Fund ever vigilant.

To insure the sugar production of planters, metayers and millers, against losses due to the effects of inclement weather such as, cyclones, drought and excessive rainfall under its General Insurance policy. Fire occurrence in sugar cane field is another risk covered by the Fund under its Fire Insurance policy. 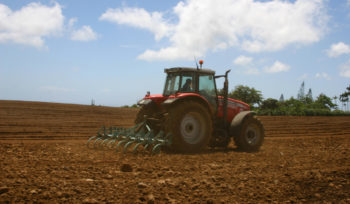 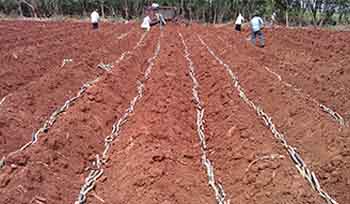 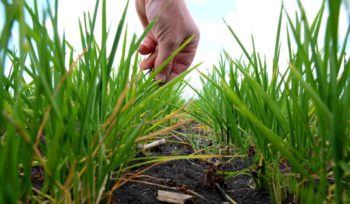 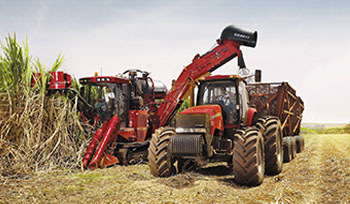 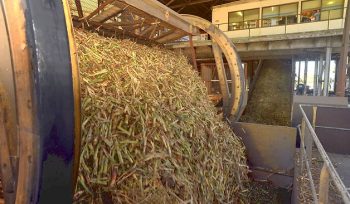 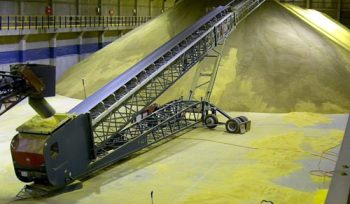